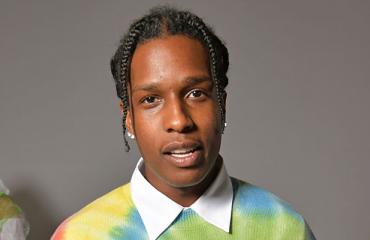 A$AP Rocky hit the stage of Blockfest, a Finnish hip hop music festival, just days after he was found guilty of assault in Sweden.

After his performance A$AP Rocky, Tyga and Jaden Smith decided to attend the Blockfest Afterparty which was held at Hotel Ilves in Tampere.

A reliable source says that A$AP Rocky had his eyes on a beautiful Finnish blonde girl who was at the after-party and invited her and other women to join the private after-party in their suite upstairs.

According to our source the blonde Finnish girl, Mia, spent the night with the rapper.

Click here to see picture of Mia (story in Finnish)

According to our reliable source the private after-party was held by A$AP Rocky, Tyga and Jaden Smith. All the ladies who attended the party had to show their ID to prove that they were at least 18 years old.

- Tyga was very strict about it. He didn’t want to take any risks, the source tells.

- They had a lot of drinks for the attendees and everyone was well taken care of. A$AP Rocky had his first drink in six months and he was happy to be free from the detention center. He kept saying how much he liked Finland because it was so calm in here. Even though people were drinking quite a lot, A$AP Rocky wasn’t that drunk or tipsy – he just seemed relaxed. He was really polite to everyone and treated everyone with respect.